The period of the COVID 19 pandemic is one of the world’s worst ages. However, the Verzuz battle series arrived just in time to lighten up the gloominess of the year. The Verzuz battle series rose to prominence as an Instagram sensation during the COVID 19 pandemic. The virtual battle series majorly features two prominent musicians. These musicians are often song producers, songwriters, or singers. The Verzuz battle series has become more than an avenue to pair two musicians. It has also become a regular and top-rated online event. The online event is described as one that “reimagines the DJ battles of hip-hop’s early days”. The larger effect it has on the American population to its history with the people is a definite plus for hip hop music lovers. Hip-hop music lovers get to see their favorite singers battle on the show. They enjoy the rhythms and beats with a touch of heritage. in this article, you will find the verzuz battle winner list. 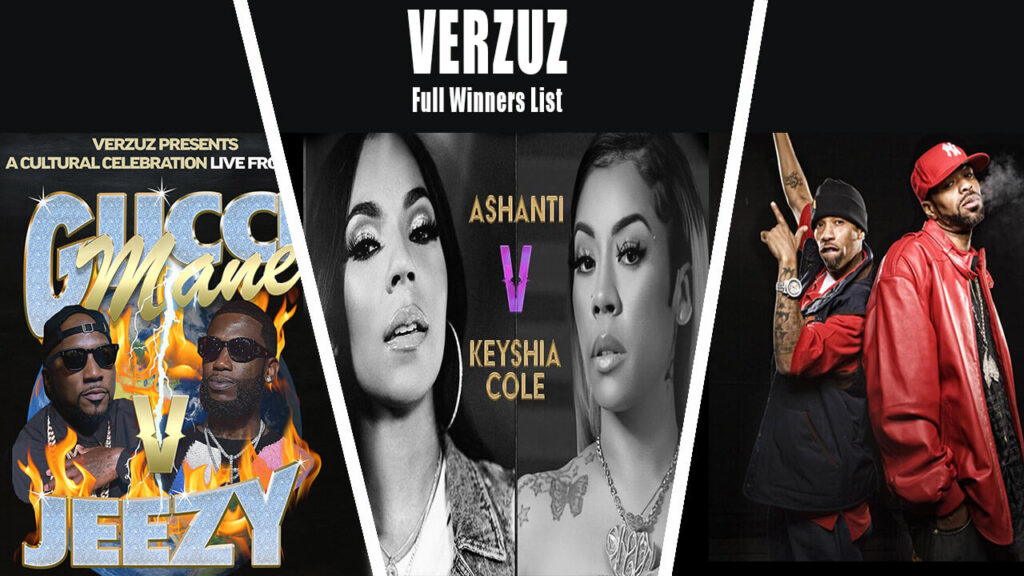 Interestingly, the second season of the verzuz battle set a new landmark in its record of viewers. The first battle of the season blew off the viewership record with 9.1 million viewed! This is a feat that broke the all-time record for Livestream. This record drastically increased the ratings of the verzuz brand among others like The Voice, the Latin Grammys, the billboard awards, and more, and this was just the beginning of the second season. As more battles unfolded, the season witnessed more stunning performances from other artists in battle. The season had a total of seven battles including Jeezy vs. Gucci Mane, E-40 vs. Too $hort, and Ashanti vs. Keyshia Cole.

Also, there were battles between D’Angelo and Friends, Raekwon vs. Ghostface Killah, The Isley Brothers vs. Earth, Wind & Fire, and Method Man vs. Redman. The list below would take through the nights of  Verzuz season 2.

The battle between Jeezy and Gucci Mane is one that almost took the crowd by surprise. This is because of a long-lasting lasting beef between the duo performers. But, they set aside the grudges and showed up for the verzuz event. The Duo had 25 rounds in total for their battle. It began with Gucci. Warming up the stage with Jeezy’s diss track for the first round. It seemed to be an antagonist move, as observed by the audience. However, he seemingly enjoyed listening to himself rap. The battle became even more interesting when Gucci Mane chooses another of Jeezy’s diss tracks for round 2.

However, Jeezy kept calm and used his back catalog, playing Trap or Die and Thug Motivations 101. He was pretty lucky because he used those hits to gain ground in the early rounds. However, Gucci Mane was not done. He went on to use ruffle things around by playing even wilder pop hits. He ‘I’m a Dog’ and ‘Wake up in the Sky’ (Bruno Mars). Jeezy was not quite ready to match up with this. The audience could feel the heat even from their screens.

Just as the battle was rounding off, at around 18, Jeezy and Gucci called time on their battle. It also seemed to call off the beef that has been a silent battle between them for about 15 years. They rounded off their time on Verzuz with ‘Icy’, their joint performance in 2005. The battle seemingly ended on a good note, with Jeezy emerging as the verzuz battle winner.

The battle of the bay cane up next! Thus battle was between two California legends, E-40 and TOO SHORT of the Bay area of California, USA. The two legendaries released their first albums ten years apart. Too Short, aka Short Dawg, released his first album in 1983 and has a record of 21 albums to his name.E-40 began his album release in 1993 and had a history of an entire 26 albums in his name! That is an undeniably incredible feat in his music career. These two legendaries also team up and have 3 collaboration albums together. The duo has maintained an amazingly consistent career.

At the battle, they kept the vibes high as they both swapped tracks without a break. They held their session for three hours. They switched between songs like ‘Shake that Monkey’ (2003) and ‘U and Dat’ (2006). Too Short’s song with Lil Kim in 2011-‘Call Me’ also rang through the air. E 40’s 2006 classic, ‘Muscle Cars’ was also rendered.

The 2008 hit ‘Life of Da Party’ took the battle to the peak when Mistah FAB, an Oakland Rapper, was brought on board. The Rappers had a record of 20 rounds in total. It was a night of the bay legendaries.

Say hi to the Verzuz ladies! It was an evocative evening with two of R&B’s sweethearts. The battle finally came up after two postponements due to COVID 19 precautions. Ashanti and Keyshia Cole Night marks the fourth time en leading the Verzuz series. The battle started late because Keyshia could only make it an hour behind schedule. Also, the event experienced a rocky start caused by some sound issues. Notwithstanding, the songs and music set the night back on track. The singers entertained the crowd with a number of their classics being swung back to back.

Some of the classics from the night are Keyshia’s ‘I should have cheated’, ‘Love’ and Ashanti’s ‘What’s love’, ‘Foolish’, and Baby.

They also spiced the night up by playing new songs each. Keyshia brought in her new track’ I don’t wanna be in love,’ and Ashanti dropped her new song, ‘2:35 I want you’. The positive energy and love between both ladies could not be missed. It was evident while Ashanti waited patiently for Keyshia to arrive. The stage was lit with their energies combined. Both Ladies had a record of 20 rounds in all. Ashanti took the lead with 12 rounds to Keyshia’s 10 rounds, while three resulted in a tie!

D’Angelo came to the Verzuz battle series with a stir. He modified his version of the verzuz battle by battling with himself. Although the event took off a bit late, the audience was entertained with a mix of 90s music. D’Angelo blended a mix of unfamiliar and familiar tracks for the night. The duo, Redman and Method Man, the smoke twins, Red and Meth, joined in the merry.

They performed their tracks heartily with D’angelo behind the Piano. DJ Scratch of the EPMD group continued to heighten the vibes with his cuts of D’angelo’s favorites. It was a fulfilling night and a good break from the usually heated competition. D’Angelo and Friends performed purely reminiscing would music. Who won? “I won”, in D’Angelo’s voice.

It was another legendary night with Wu-Tang stars. The matchup between Raekwon and Ghostface is one of the best of the Verzuz battles over the past year. Pairing them in a battle was unexpected, especially by Wu fans who believed they should have been matched up against other artists. It was, therefore, fascinating to see have both men for one night. The Duo has a long record of collaborations in tracks, songs, and albums. Their history is rich in career and the hood. They both stormed the internet with vigor and took turns running through their classics.

Some of the songs they performed include Outkast’s ‘Skew It on the Bar B’, ‘Mighty Healthy’ by Ghostface, Raekwon’s ‘Incarcerated Scarfaces’. Also on the list is Ghost’s ‘Special Delivery’ (Bad Boy record artist). Taking the viewers back in time, they relived some of their history about the ‘Only Built For Cuban Linx’ album. They had visits from Cappadonna, who performed his track’ Ice Cream’, and Klan Marksman, who joined the CREAM performance.

The night reached the height of the groove when the soulful ‘All That I got Is You’ by Ghostface sounded through the air. They delivered 20 rounds with Ghostface in the lead.

It was a verzuz classic night with the rock and roll hall of fame men. Verdine White, Philip Bailey, and Ralph Johnson represented the Earth Wind and Fire group(EWF). Ronald Isley and the youngest of the brothers, Ernie Isley, represented the Isley brothers.
DJ D Nice served as the music maestro for the Evening.

He warmed the stage up with some hits from the 80s and 90s. This set on the vibes for the arrival of the EWF group and the Isley brothers.
Steve Harvey as the host, also set the viewers on a friendly tone with his emphasis on the history behind the show’s music.

The Men of the night took their time in rolling a song after song tape. Some of the hits of the night include “Love The One You With” by the Isley Brothers, EWF: “That’s the Way of the World.” Also, they performed ‘Reasons’, ‘Just To Get You In My Life’, ‘Groove with you,’ and more hits that kept the viewers glued.

The collaborating rappers went hyper-high for their concert-like verzuz night. They did not take the stage one after the other; instead, they performed their collaborations, and it was swell! Some of their songs for the night were method man’s ‘What the blood clot’ and Redman’s “Soopaman Luva 3. They also performed their joint tracks, “YOU” and “‘Diz Is For My Smokers’. A very intriguing part of their performance was their rap sync. There were guest appearances by Inspectah Deck, RZA, and Cappadonna. The Duo is the verzuz battle winner of this session.

The Verzuz Battle is on the fast move, and it is going from the regular friendly competition that we know into a mega-brand! In days and months to come, the Verzuz series would keep hitting the internet with groundbreaking performances from the battles.

You can watch the Verzuz battles LIVE on Instagram or other live streaming apps like Triller. You can also watch the battles from home on your TV using the Roku TV or the Amazon TV stick and other smart TVs.
The Verzuz series might seem to be at its peak, but we know Timbaland and Swizz Beats have just begun. 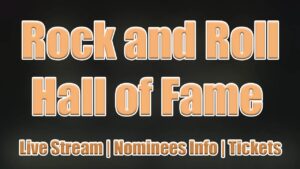 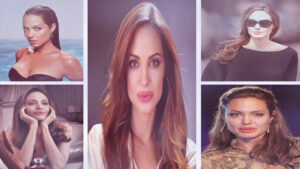 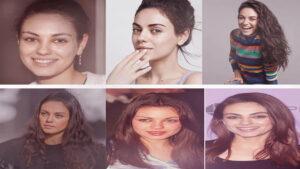 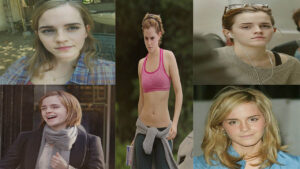 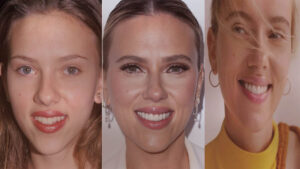