Instagram’s top DJ battle series is about to hit the screens again with its latest battle session. You must have experienced frenzy sessions with your best battle duos. However, you are about to experience your best Verzuz live memorable weekend! This Sunday, tune in and stream the battle of the Memorial Day Weekend Verzuz Rematch Battle live! The Verzuz live battle series was introduced in 2020 to keep music lovers entertained during the pandemic. However, the DJ series has grown from being an Instagram series to a national sensation, pulling in millions of viewers.

Since its inception in March 2020, Verzuz has served fans hot battle sessions with R&B stars. Versus Battle has seen the likes of Alicia Keys and John Legend, Gladys Knight and Patti Janelle, Jeezy and Gucci Mane, and more hip-hop talents. However, Verzuz will be taking us back to its roots this Sunday for an epic memorial weekend. The co-producers of the DJ live battle Series, Timbaland, and Swizz Beatz will face off again for a clash challenge live. 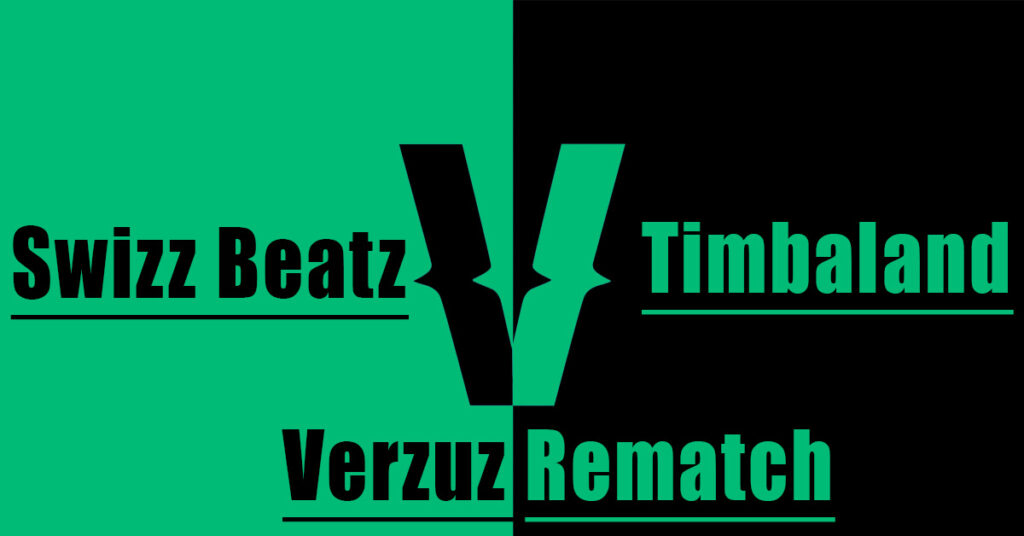 This rematch weekend will celebrate the past iconic Verzuz battles and Hip hop historic music. Also, unlike the live match on Instagram that they performed in March 2020, the co-founders will serve it hot life from Miami. So, tune in on live stream this Sunday to have your best Verzuz battle experience straight from LIV in Miami, FL.

In March 2020, Timberland and Swizz Beatz had their first producer clash challenge streamed live on Instagram. Now, the Memorial Day Weekend would be linking them for a rematch to show off their producing skills. This battle will mark the very first in the new Verzuz live Rematch Series. As expected, many rap and hip-hop stars would be in attendance to grace the event. To join in the anticipated historic event, you can watch the rematch live on Instagram using Verzuz IG. You can also watch using the Triller App, or watch on your TV using the @fitetv app. So, you can tune in using any of these platforms and enjoy the online watch and live stream with friends.

Interestingly, the weekend would also usher in a new feature for the Verzuz battle series. This is the Verzuz Live feature. While we might not know the full package of this feature, we can guess that a live audience for the show is included. The showdown between the two legendary producers, Timbaland and Swizz Beatz is set for this Sunday, May 30, 2021.  The battle would kick start by 5 PM PT/8 PM ET at the venue, LIV in Miami, FL. We already know about the upcoming verzuz battle between Soulja Boy vs Bow Wow. If you miss that news about the upcoming verzuz battle then you can find the info on our website.

Swizz Beatz is the co-founder of the live web DJ battle series and will be battling with Timbaland at the Verzuz rematch this weekend. Swizz Beatz, officially known as Kasseem Dean is an American hip-hop artist and husband to Alicia Keys. He doubles as a songwriter, record producer, rapper, and businessman. Also, he began his musical career in 1994 as a producer. At 40, this hip-hop businessman has made history. He has amassed a track record and a net worth of $70 million. The Grammy Awardee is also the creative director of the Reebok and Lotus music brands.

Timbaland,  officially known as Timothy Z. Mosley was born March 10, 1971. He is known to be one of the most prominent artists in the music industry. Timbaland is an American musician, DJ, rapper, and songwriter. Over the years, his presence in the music industry has been of credible impact on other artists. Throughout his producing career, he has worked with upcoming artists to produce landmark albums. One of the star albums he has produced includes, Aaliyah’s One in a Million. This album was her debut album and it sold over 2 million copies across the nation.

Also, the four-time Grammy awardee teaches his craft to help interested learners in music production. In addition, the Virginia native does know his craft. He writes songs and produces hit beats that are a mixture of patterns and colors.

The social media posts for the Verzuz Memorial Weekend Rematch are available on Verzuz Twitter and Instagram accounts. You can follow these accounts to get more updates about the Memorial Weekend Rematch. You can engage in social posts using VERZUZ(@verzuztv) on Instagram. Likewise, you can also engage on social posts for the rematch through Twitter using VERZUZ. Most importantly, note that both accounts are verified. In addition, you can tune in for the online watch of the rematch using the Verzuz Instagram account provided above.

The Memorial Weekend Rematch is definitely worth the suspense that has been on since its first announcement in March. We look forward to an epic and memorable night with Timbaland and Swizz Beatz this Sunday. Join us, as we tune in to watch the Verzuz Memorial Weekend rematch live.