Since its inception, the Verzuz series has become an event that brings joy and excitement to music lovers all over the world. For this reason, the excitement became entertainment when the two legendary artists, Big Daddy Kane and KRS One lighted up the stage in Barclays.
On the 17th of October 2021, the Barclays Center played host to the epic showdown between the two hip-hop legends. And when these two icons mounted the big stage in front of their fans, the rest, as they say, became history.

Who Won The Verzuz Battle

It is no news that there is no official winner whenever heavyweights battle it out in the Verzuz series. This is to say it is up to the fans out there to choose who they think won. Given this, fans could not hide the emotions on their faces when the two legendary rappers started what will go down as one of the most entertaining battles in history.
As the stars illuminated the night sky of the 3rd Sunday of October, performances flowed here and there. In the mouth-watering clash, Big Daddy Kane and KRS-One performed many of their songs ranging from their hit to miss, and everything was almost perfect. 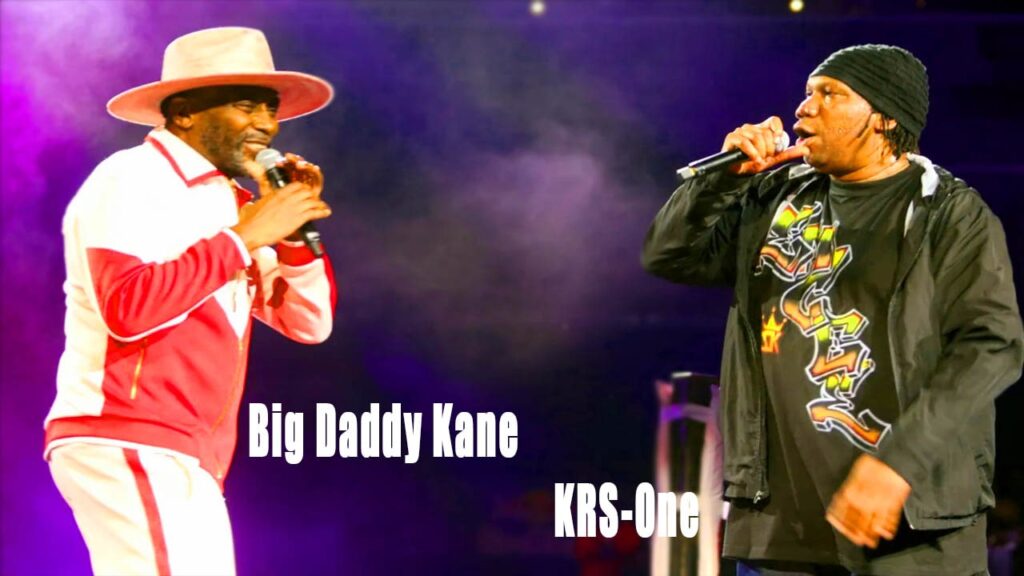 Coupled with the above, one freestyle led to the other, and the banter between Big Daddy Kane and KRS-One as well as their respective DJs made the atmosphere filled with fun. The fact that Dj Kid Capri and DJ Scratch represented them respectively further made it exciting. Among the songs he performed, Big Daddy Kane shared his new song “Enough” in the latest live installation of Verzuz. While KRS One hit the waves with “Still #1″, Sound Of Da Police” and other songs.
The battle was undoubtedly entertaining. Two of the best in the game battled it out to prove their worth. This in turn showed how amazing the Verzuz series is. As a fan, who do you think won the contest?

As expected, the two rappers of the golden era showed they still have what it takes to be called a legend. One thing led to the other, as fans saw KRS One perform “I’m Still #1” and “I Get The Job Done”. He also went further to share ” Mortal Combat”, “Smooth Operator” and other songs.

On the other hand, fans stood on their toes when Big Daddy Kane graced the stage. Kane who released his first album in 1988 made fans vibe to his tracks when he performed on the big stage. Out of the bars, he spitted was his new song “Enough”, “Young, Gifted and Black” and “Rap Summary
(Lean On Me)”. When the two golden era stars duked it out in the ring, fans knew what it’s like to be thrilled.

After the battle, the fans of Big Daddy Kane and KRS One reacted to the battle on social media. On Twitter, a war of words broke out on who should be the winner. On Twitter, one fan wrote: “Big daddy just ripped that!! Got my old school snapback on!!”
While another was like “Don’t even think Kane has enough in his Discography to mess with KRS1.” These comments simply show that the show is one to look out for.

The Verzuz series is one of the most sought-after events when it comes to rap battles. Given this, lovers of music around the globe look forward to these battles.
The battle between Big Daddy Kane and KRS-One was undeniably an interesting one. Fans were able to see their legends and listen to them perform live. This shows how important and entertaining the event is. Make sure you do not miss the next verzuz battle!